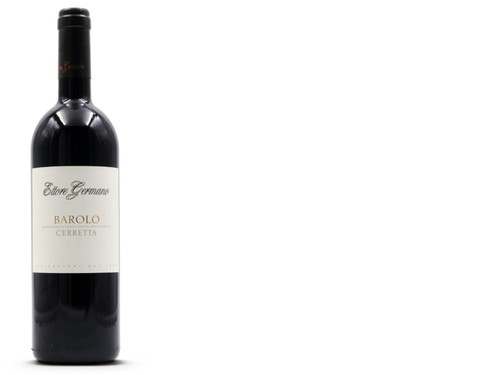 "The Germano family have long been known to top rate farmers with superb parcels. When Roberto of Giacomo Conterno came looking to buy Cerretta, he bought the parcel of Cerretta right next to Germano, demonstrating the primacy of Germano's vineyard location!

Germano’s Barolo and red wine vineyards are all in the commune of Serralunga, in the south-east corner of the Barolo appellation. The vineyards are at about 350 meters above sea level. The soils here are rich in limestone, clay, and sand; they tend to produce wines with more structure than those of the western half of the Barolo appellation (around the villages of Barolo and La Morra).

A tall medieval tower dominates the village of Serralunga, on the south-east edge of the Barolo appellation, giving fair warning of the character of the wines grown there: structured, substantial, uncompromising. Sergio Germano, whose winery is a few minutes walk north of Serralunga, completed six years of study at the School of Enology in Alba, then made wine for a few years at Fontanafredda, one of the larger wineries in the area, before returning to the family estate in 1993. The winery is still named after Ettore, Sergio’s father, who grew grapes, made a little wine for private customers, and was known throughout the area for his skill in grafting vines.

My ideal winemaker in a traditional appellation like Barolo has the scientific understanding of winemaking that his predecessors lacked, while still respecting the traditions that they developed. Sergio Germano is just such a winemaker, and his Serralunga Barolos will never be creamy, international-style wines. Great wine is always made in the vineyard, and Sergio does much of the fieldwork himself, with the help of his wife Elena and a small crew. Some of the wines are 100% traditional, made with long macerations and big barrels, and some are made with medium-sized barrels or barriques, but they all express the best of these local grape varieties."