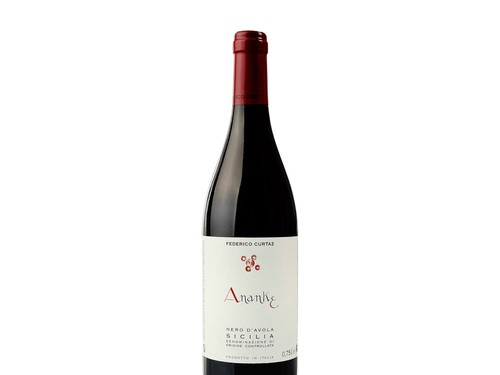 Fantastically expressive nose of ripe red and black berry fruits, sun dried cranberries, bruised black plums, stewed winter fruits, wet straw and subtle peacan pie and molasses hints. While there are ripe, raisined black berry notes, you’d be mistaken for thinking this was just another run of the mill, over-ripe, sun drenched, sweet fruited, simple Nero d’Avola from Sicily. The wine shows wonderful freshness, elegance and delicacy on the palate. The palate bristles with fresh acids, suave textured red fruits, cranberries, raspberries and logan berry with a delicious underlay of chalky, mineral tannic grip. So cool, so elegant, so fresh, this wine totally defies the stereotypical style of Nero d’Avola. Already 5 years old, this wine is as fresh as a daisy and should drink very well for another 6 to 8+ years. A really classy expression.

"Haven't heard of Federico Curtaz and the Sicilian wine explosion? Then consider yourself educated. In August of 2019, Vinous virtually christened the island when it said "while the potential for memorable wines has always been there, it appears that at long last many of the island's estates are finally starting to harness that potential". One of its stars, Federico Curtaz, has been waiting in the wings for his leading man moment for an eternity. From the early 1980's thru late 1990's, Curtaz was an agronomist for Angelo Gaja (yes, that GAJA), working to help him transform his vineyards into world class wine producing estates. After leaving Gaja in 1997, he embarked on a series of projects that allowed him to grow from an agronomist into an agronomist-vintner. One such project, Tenuta di Fessina, exposed him to the soil and climactic diversity around Mt. Etna, and a spark took form. By 2015 he branched out on his own to create a small production of wines under his own name, the largest production being this full-bodied red, the Nero d'Avola." - Vinous Media