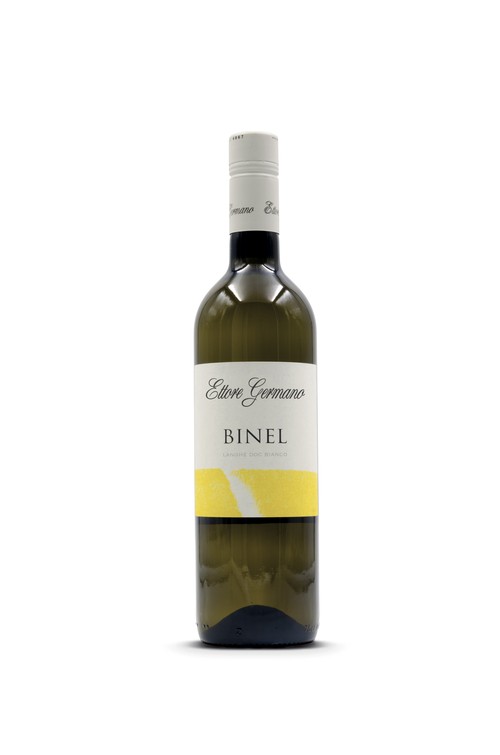 The DOC Langhe is Piemonte's open "appellation," equivalent to IGT in Tuscany, and this freedom, in Sergio's hands, has produced some exciting wine. Binel is a blend of Chardonnay and Riesling from an outcropping of limestone planted at nearly 550 meters above sea level.

The Chardonnay is barrel-fermented in barrique and left on its lees for about 8 months. The Riesling is in tank. Full-bodied and crisp on the palate, it exhibits notes of sweet tree fruit and spice. An ideal partner to young cheese, especially gnocchi alla bava, potato gnocchi baked with Fontina.

About this wine producer: Since 1856, the Germanos have farmed vineyards in Cerretta, one of Serralunga d’Alba’s most prestigious Crus. Francesco Germano, Sergio’s great grandfather, and his grandfather, Alberto, sold the grapes to friends and neighbors. His father, Ettore, for whom the estate is named, was the first to sell wine in bottles. But Sergio was the first to bottle the entire production of the estate, beginning in 1993. He is the perfect example of a modern, scientifically trained winegrower who is grounded in the traditions of his region. His goal, he says, is to express in his wines the character of each vineyard, of each grape variety, and of each vintage, as well as the “connection between Sergio Germano and Serralunga d’Alba.”