Friuli, or Friuli-Venezia Giulia to give this curious north-east corner of Italy its full name, is worshipped by many Italian wine lovers. Its popularity illustrates nicely that the 'grass is always greener' rule holds as firmly in the world of wine as elsewhere. Basically, every nation of wine consumers treasures most what it finds most difficult to produce. In Germany, for example, the homeland of light, aromatic whites, it is full-bodied, deep-coloured reds that are in greatest demand. But because Friuli is the only part of Italy in which light, aromatic whites have been produced with ease (thanks largely to the early introduction of refrigerated ways of getting pure, fresh, varietal fruit into a bottle), Italian connoisseurs have been prepared to pay well over the odds for them.

In a way Friuli wines are foreign to Italians. They are a product instead of a hilly no man's land between the Veneto, Slovenia and southern Austria and they taste like it. This is the land of the varietal, wine made principally to express the fruit of the grape variety specified on the label. All of 17 different varietals are allowed within the scope of Friuli's two most respected DOCs, Collio (officially Collio Goriziano o Collio) and Friuli Colli Orientali. Of these the most common are Friulano (the Hungarians successfully objected to the prefix Tocai), Pinot Grigio (Pinot Gris), Sauvignon Blanc, Pinot Bianco (Pinot Blanc), Merlot (which sometimes turns out to be the old Bordeaux variety Carmenère), Chardonnay and Cabernet Franc/Frank. Local specialities, however, include Ribolla Gialla, Verduzzo and the always expensive Picolit for white wines and the tangy Refosco, toothsome Schioppettino and rare Pignolo for the red wines of Colli Orientali, which are becoming increasingly accomplished. In general the best red wines come from the south-western corner of the Colli Orientali, most of which is almost alpine, being effectively the foothills of the Dolomites. (Quite) sweet white Picolit is a local golden speciality of the Colli Orientali, once fashionable and still too expensive, made from dried grapes.

Collio is almost indistinguishable from that part of Slovenia just over the hills of Gorizia on its northern border, and there is no shortage of fine, increasingly fruity and interesting white wine made here. Traminer, Malvasia and Riesling Italico (Welschriesling rather than the classic Riesling of Germany which is known in Italy as Riesling Renano) are all grown here.

Now that Italian winemakers south and west of Friuli have also mastered the art of making fresh, fruity white wines, however, particularly those of Alto Adige, their counterparts in Collio and Colli Orientali are having to try harder to justify their price premium, typically but not necessarily with greater use of small oak barrels. The standard of winemaking here is generally very high, and yields relatively low, even if the price for this is that the wines can taste remarkably similar. Some of the producers most revered within Italy are: Borgo Conventi, Borgo del Tiglio, Girolamo Dorigo, Filiputti, Livio Felluga, Gravner, Jermann, Marin, Puiatti, Radikon, Ronchi di Cialla, Ronco del Gnemiz, Mario Schiopetto, Tercic, and Villa Russiz whose wines can continue to develop in bottle for three to five years.

Gravner and Radikon pioneered a movement towards extended skin contact in white winemaking and even ageing the wines in amphorae rather than barrels, resulting in particularly distinctive, long-lived wines that may be an acquired taste.

Other important DOC zones such as Friuli Isonzo (to the south and subject to more warming influence from the Adriatic) and, especially, the prolific Friuli Grave are on flatter land and tend to produce much less impressively rapier-like flavours. Nevertheless, producers such as Lis Neris, Pighin, Pittaro, Vie di Romans and Vistorta show just what can be done with the best sites in this part of the world.

The less well-known DOCs to the south are Piave Malanotte, Lison-Pramaggiore, Friuli Latisana, Friuli Aquileia and Carso and there are some good wines to be found in all of them. 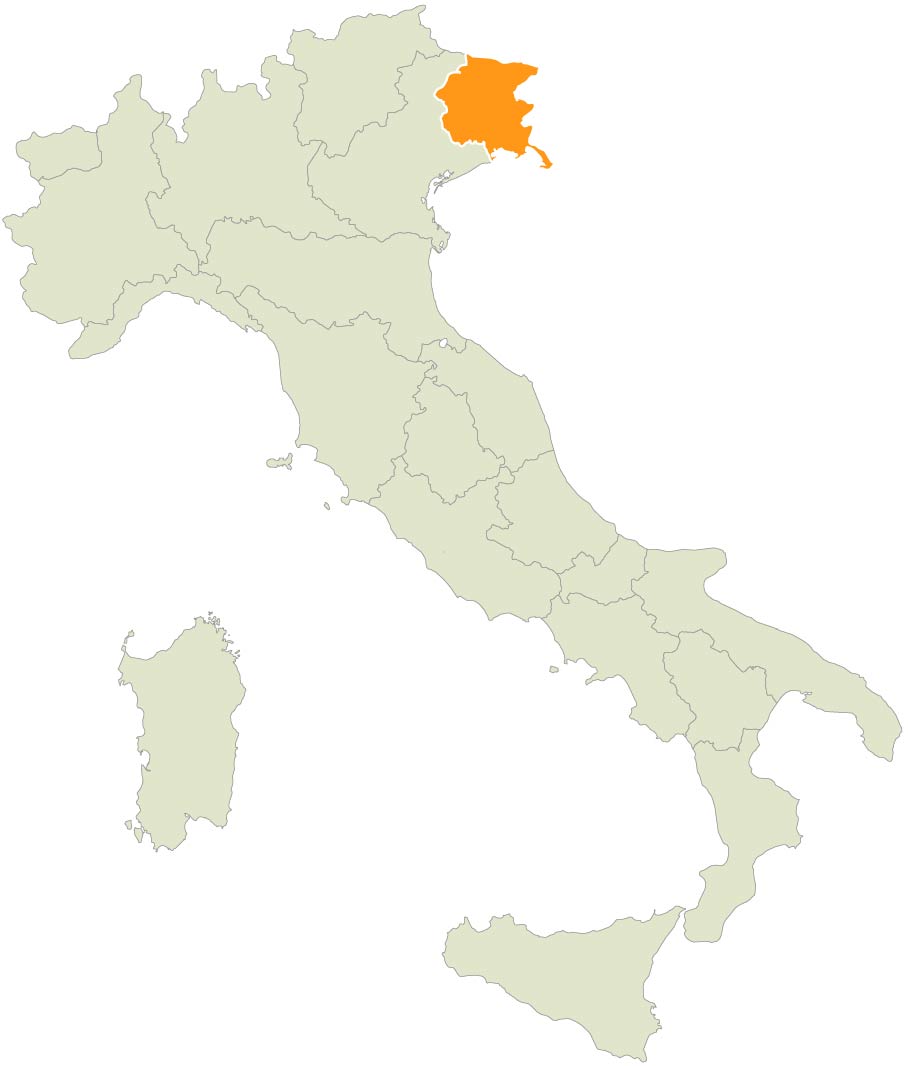